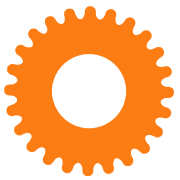 Continued efforts to cut costs have led to renewed confidence in the UK offshore industry, allowing for cautious optimism. Operational optimisation can be observed particularly in North Sea development activities as they focus on expanding and prolonging existing fields and infrastructure, with smaller satellite fields becoming valuable as tiebacks opportunities.

Exploration work has also enjoyed an uptick but is quickly moving away from mature production centres such as the Central North Sea into the new regional frontiers of the West of Shetlands and Northern North Sea. 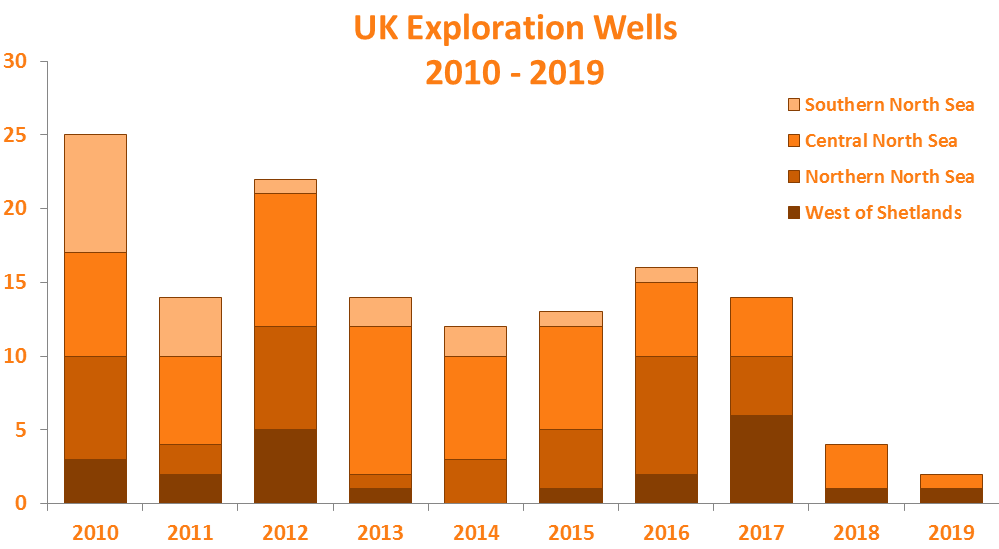 This trend is reiterated in the sanctioned CAPEX for developments over the next four years with the West of Shetlands and Northern North Sea respectively seeing over $9 billion invested compared to just $6.2 billion in the Central North Sea.

The lower investment may simply be a function of the well-developed nature of the Central North Sea where less initial outlay is required due to the significant amount of infrastructure already available for cheaper subsea tieback developments, thus limiting the need for more expensive standalone platforms.

The frontier status of the West of Shetlands will require more investment from operators as there are few options for a cost-effective tieback. The fields likely to be developed over the next three years reflect the necessary infrastructure investment.  The standalone projects of Cambo, Rosebank and the eventual full field development of Lancaster Area costing upwards of $1.5 billion each before first oil. The tie-in of the dual field Edradour–Glenlivet development to the nearby Laggan–Tormore pipeline comes at a relatively cheap $1.4 billion CAPEX in comparison. 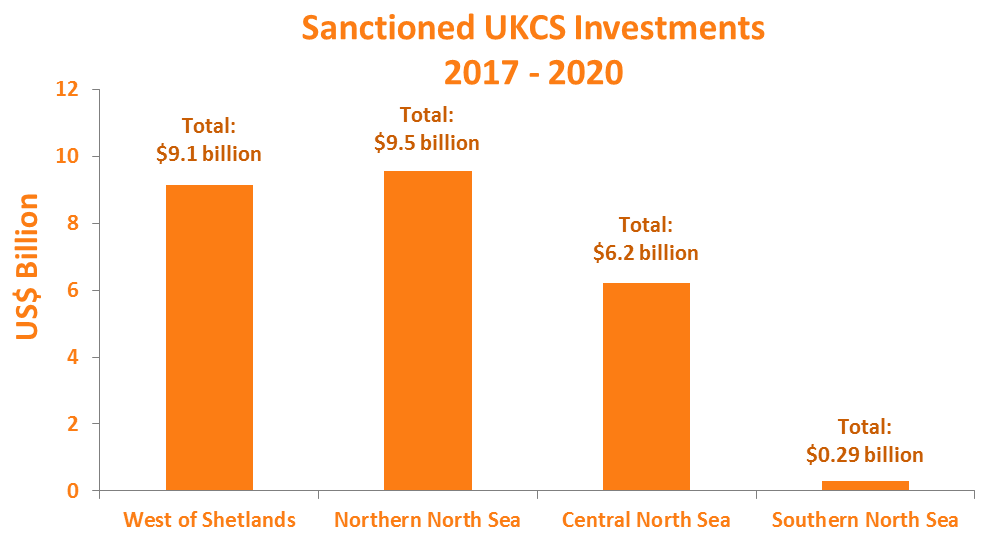 At the opposite end of the spectrum is the Southern North Sea which has seen limited activity and investment in recent years, something the Oil & Gas Authority now has to work hard to change. The authority is introducing a new strategy to stimulate interest in the Southern North Sea tight gas plays, which will encourage collaboration and cooperation between operators, the supply chain and authorities. The aim is to refresh the somewhat stale gas industry in the Southern North Sea and re-establish it as a significant UK energy supplier. The strategy will form part of the UK government’s commitment to stimulate continued investment in the offshore industry to prevent a potentially significant production decline from 2020.

Given that the frontier areas are still at the data collection stage rather than wildcat drilling, we expect an increase in wildcat well spuds over the coming years as these geological settings become better understood and production from adjacent developments declines. Whilst a complete drilling activity picture for the whole UK Continental Shelf has still to materialise, operators’ visible schedules already paint a promising picture. We thus expect the number of slated wells to increase further as operators firm up their drilling schedules by 2020.